Carbon Negative Water and Energy (CanWE) is a 501(c)(3) non-profit devoted to the mitigation of human induced climate change through science-driven, non-political education, research, and promotion of technologies to reduce atmospheric carbon levels.  Atmospheric carbon levels are part of the carbon “biogeochemical cycle” and are thus tied to other environmental sustainability issues such as freshwater and energy production.  See our mission page, and if inspired, our donation page.

What Can WE do?

See what we do.

For example, as part of the educational mission of CanWE, Dr. John Hoaglund has prepared a course on carbon sequestration, Arresting Climate Change. 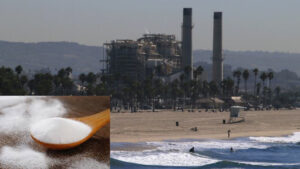 and a course on water management, What’s In My Water and Where Is It From? 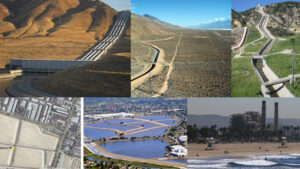 “Greenhouse gas (GHG) emissions can be reduced by using brine and electric current to convert CO2 into a carbon mineral solid.  It does take some energy.  All carbon sequestration techniques have an “energy penalty” of some kind.  A change in entropy happens which dictates that.  But industrial levels of both pollutants–brine waste and emitted GHG–occur across our economy, and often sit side-by-side.  The processes described here consume both, and thus eliminate the pollution and waste management required for both.

There is a misperception that greenhouse gases (GHG’s) only come from the energy and transportation sectors of our economy.  Enormous quantities of both CO2 and CH4 can also be found in the production of cement, steel, hydrogen, ammonia fertilizer, and agricultural practices, among other things.  Altogether, human activities contribute 37 Gigatons (Gt) of carbon into the atmosphere every year, and that rate itself continues to rise.  Activists and politicians need to realize that the technologies required to lock-up (sequester) carbon are only now coming online, and that these technologies, preventing GHG emission and even removing existing GHG from the atmosphere, will need to operate at industrial levels to keep up with the industrial tonnages of carbon.  In the meantime, successful GHG mitigation has been achieved by “carbon offsets”, including funding the growth of new wetlands and forests.  Though valuable for many reasons environmentally, new wetlands and forests come into equilibrium with photosynthesis and respiration, and eventually release their CO2 or CH4 with burning or decay.   Their life cycle lock-up of carbon is measured in hundreds of years, only a temporary solution in the quest for long term carbon sequestration.

The permanent natural sink for carbon is not into organic matter, but into carbonate minerals and other forms of carbon buried on the seafloor.

Brine, highly concentrated salt water, occurs naturally in the ocean and groundwater, and also results from industrial sources and resource extraction, such as ocean desalination for potable water, hydrofracturing for fossil fuels, and lithium brine solution mining for electric car batteries.  These wastes can be used to sequester carbon.

When brine is subjected to electric current in a process called chlor-alkali electrolysis, it produces a base that can convert CO2 into solid carbonate mineral.  The carbonate mineral can be used in environmental applications, ultimately returning to the ocean as bicarbonate, ultimately onto the seafloor.”

“California’s water infrastructure uses a tremendous amount of energy to collect, move, and treat water; dispose of wastewater; and power the large pumps that move water throughout the state. California consumers also use energy to heat, cool, and pressurize the water they use in their homes and businesses. Together these water related energy uses annually account for roughly 20 percent of the state’s electricity consumption, one-third of non-power plant natural gas consumption, and about 88 million gallons of diesel fuel consumption.”

“Contaminated water can be treated, but it takes energy and other expenses.  Though some contaminant treatment requires even more expense, the example of salt contamination (salinization) provides a baseline of energy expenditure.  When 35 grams of salt are mixed into a liter of pure freshwater, producing a concentration equal to seawater, energy equal to 20,500 Joules, about the same as a gram of sugar or 5 diet calories, are lost to the universe. The temperature did not change, which is to say no energy was delivered to or absorbed from the surroundings. No reaction took place. What happened?  What’s the problem?  Why can a loss be expressed in terms of energy? The bottom line is that the entropy of the universe changed. The system of salt and water moved from ordered to disordered, from the order of perfectly separate, unique entities of salt and water, with the potential for change, to the disorder of a dispersed, uniform mix of inertness. … No energy was exchanged with our surrounding system, so how does it affect us? The energy that was lost is noticed by us when we want the salt and water separated again.”

–John Hoaglund, The Energy Asset of Freshwater, in Entropy Happens

Many mining practices, industrial processes, and hydrofracturing, as well as water desalination operations produce brine wastes that must be managed to prevent water contamination.  In addition, road salt is currently used for de-icing in the winter climates of the United States, and is slowly building up in (salinizing) groundwater.  Even more absurdly, freshwater and salt are intentionally mixed for many industrial processes, including some processes for carbon sequestration.  This may “make sense” for these individual economic entities, but makes no sense for the long term sustainability of the nation’s drinking water supplies.

“A recent study by the California Department of Water Resources summarized the California Aqueduct’s pumping energy requirements and power generating recoveries along the entire system, with a net energy of 4.4 kW-hr used per cubic meter of water conveyed the entire length of the aqueduct, 444 miles.  This is slightly more than the energy requirements for reverse osmosis desalination of seawater. Energies now being equal, ocean desalination is becoming a competitive alternative for Southern California coastal communities. However, living in a dry place 444 miles from the coast would require both the desalination and conveyance energy inputs.”

–John Hoaglund, The Energy Asset of Freshwater, in Entropy Happens

Whatever is used for a primary energy source (PES), remote application of the energy as electricity, including use in an electric car, requires an energy carrier (EC).   If we look at the auto-industry, bets have been made on the two most viable energy carriers currently being used in electric vehicles, lithium used in a battery [Tesla] and hydrogen used in a fuel cell [Toyota], both having environmental consequences.

Lithium is a relatively rare element requiring mining, sparking speculation and competition for limited resources.  A major supply of lithium comes from natural brine resources, including Chile and, “the only operating lithium mine in the US … in Clayton Valley, Nevada.” [ map ]  The production (pumping) of the brine and extraction of lithium leaves other salt wastes that can salinize local water supplies.  Hydrogen is supplied by either the steam reforming of natural gas, which emits CO2 (methane is reacted with oxygen to form hydrogen and carbon dioxide), or from the electrolysis of water, including freshwater and brine.

“The only byproduct of hydrogen fuel cell energy output is pure water, but with water as a source of the hydrogen, the pure water leaving a fuel-cell is derived from purified water entering an electrolyzer, a chemical electrolytic cell used for the production of hydrogen. Electrolysis can be conducted on either freshwater or saline water, however freshwater electrolysis is more efficient, putting more of the input energy (electricity) into hydrogen rather than byproducts. Freshwater electrolysis requires specific chemical solutions to be made with deionized water. Thus to avoid byproducts, the electrolysis of seawater requires initial desalination, which is also energy intensive. Desalination is increasingly being used as an option for producing fresh drinking water in arid regions, but the energy expense is only justified by the high population demand for drinking water in areas such as southern California. Alternatively the electrolysis of seawater or brine can be conducted using chlor-alkali electrolysis, but in addition to hydrogen, much of the energy is sunk into other compounds, such as chlorine compounds [ClOx and HCl] and sodium hydroxide [NaOH], requiring either market use or disposal options for these byproducts.  It turns out the sodium hydroxide [NaOH] can be used to sequester carbon.”